Norway - landscapes by Eidsbugarden in Jotunheimen 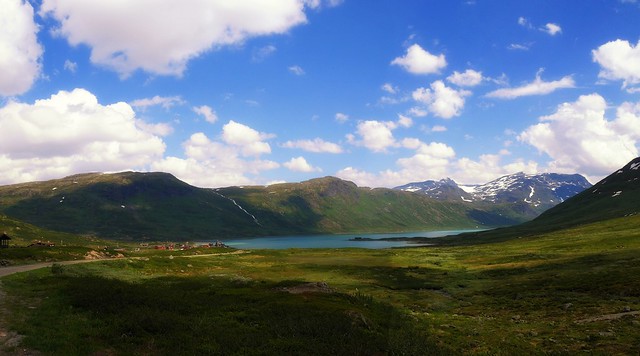 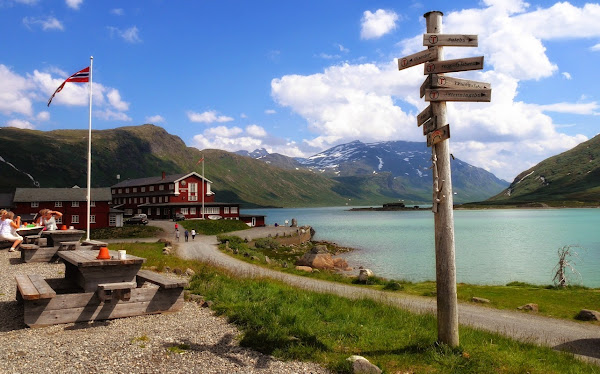 Vi have a break here at Eidsbugarden - sitting at Turistforeningens mountain cottage Fondsbu and looking down to the Eidsbugarden Hotel and the small quay for the tiny tourist Boat MB Bygdin that makes 2-3 tours a day between Bygdin and Eidsbugarden. 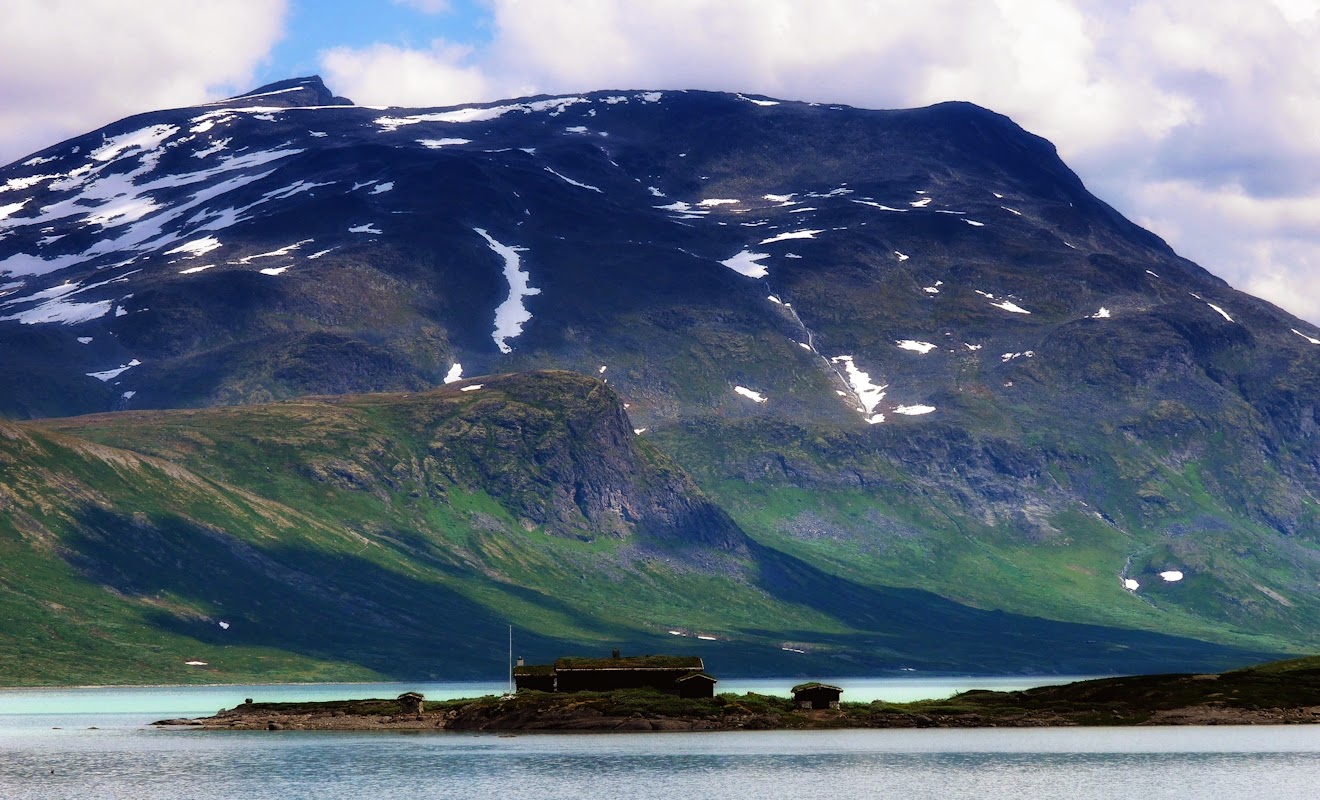 Follwing the shores of the lake Bygdin you can reach several popular hikes and paths into Jotunheimen.
As to the highest peak in the back of this photo mount Galdeberget at alt. 2075m (app. 8hrs T/R - did that hike some years ago....) 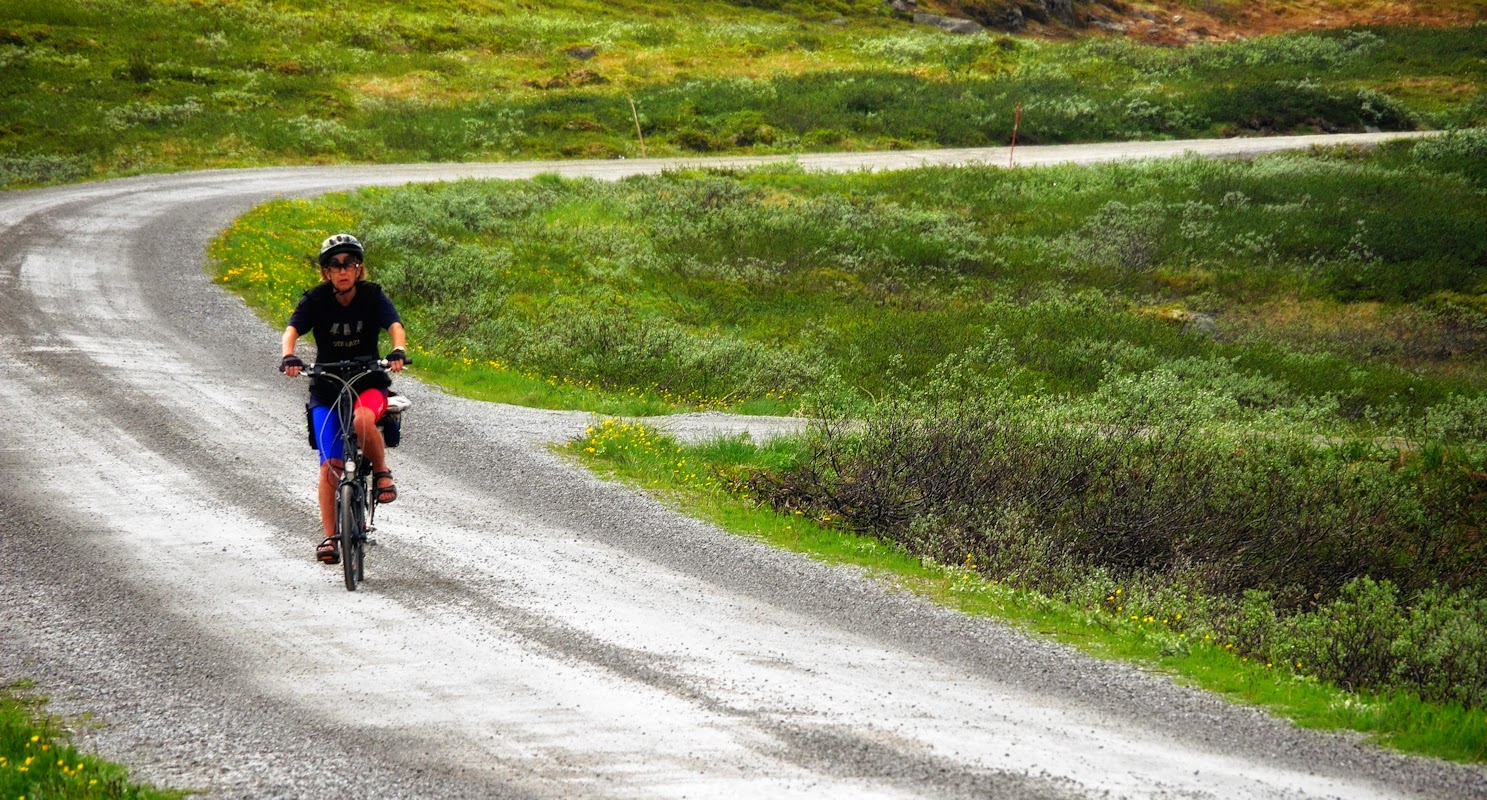 At this visit we was not in for any mountain hike - but did a visit with our bikes.
A tour app. 40km T/R along the road from Tyin and in to Eidsbugarden.
A fine day along the gravel road - only open in the summer.
To the left: The madam arrives at Eidsbugarden.