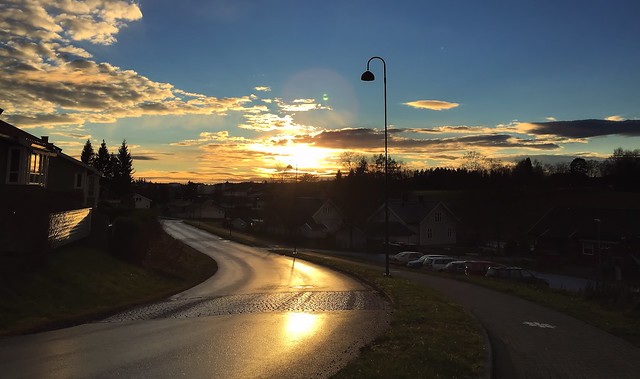 Another test photo with my new iphone 6 plus.
No comments:

iphone6 plus: After rain comes the sun. Spydeberg, Norway 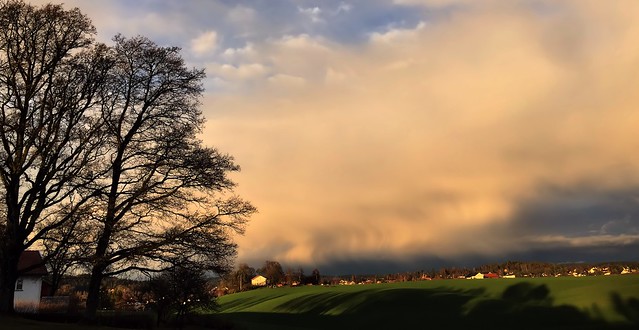 My new iphone 6 plus has arrived and this is a sample photo from last afternoon.

Still green fields and a mild climate in November - to be in Norway.
Spydeberg is a small village app. 40 minutes outside of Oslo.

Take care out there :)
No comments: 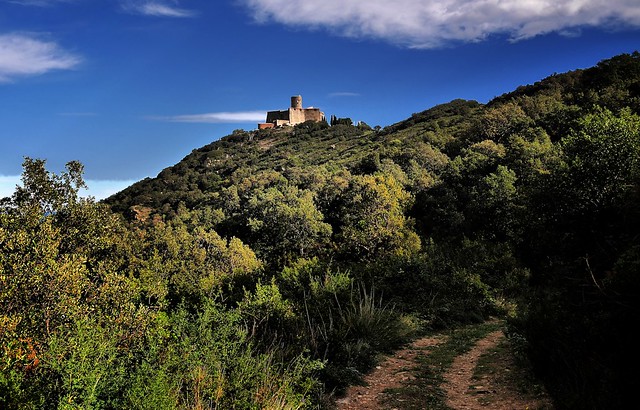 It is a fine little hike walking over the hills between Port-Vendres and Collioure - crossing the summit with Fort St. Elme.

As here a fine day in November.

Under is the madam on her way from Fort St. Elme down to Collioure 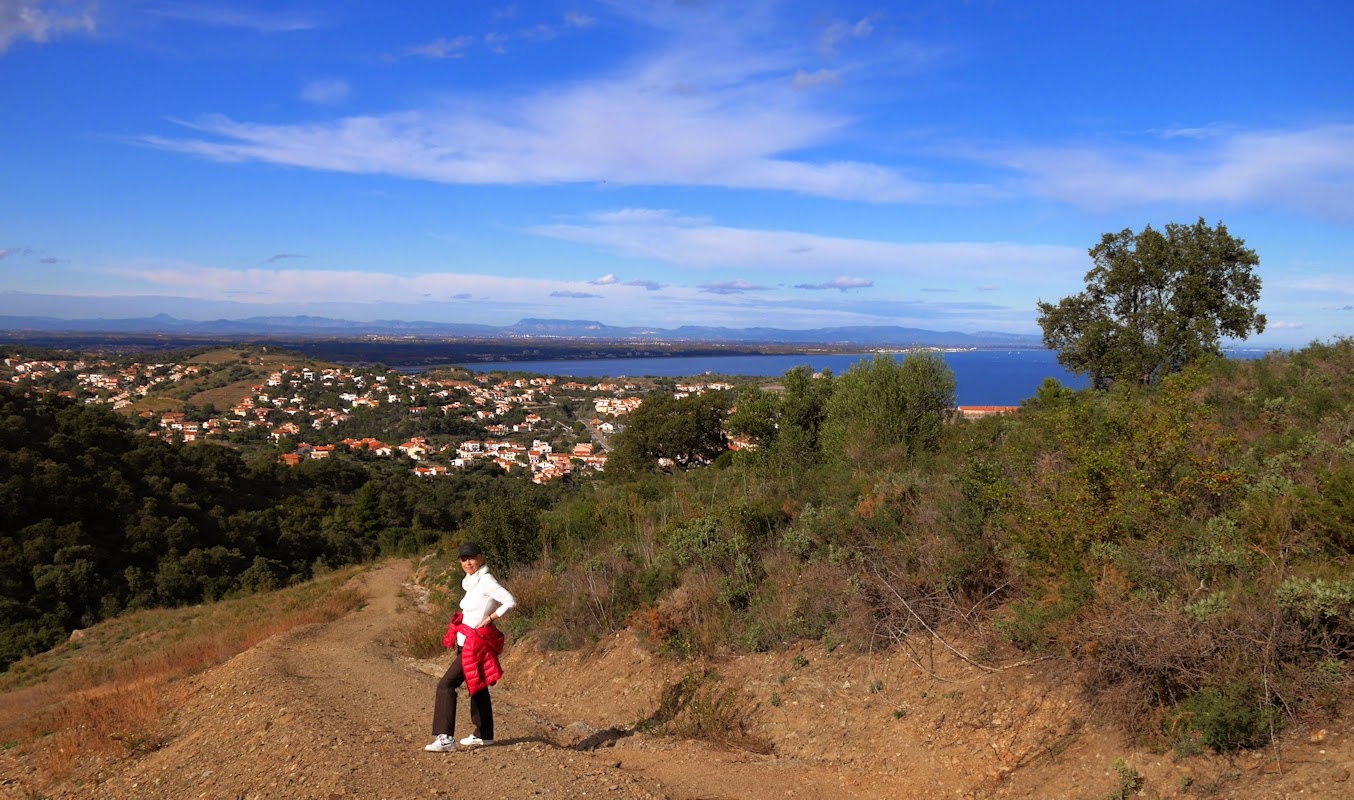 A fine November day at Cape Bear in South of France

The magnificent weather we had in October continues now in November. Sun, a good temperature and no sign of the wind Tramontane makes a small hike along the cliffs near Cape Bear to another top experience in this fine landscape.
To the left the Semaphore and Naval station - and to the right the lighthouse at Cape Bear.
The pano is a stitch of 3 photos.
Below the photog at his hike along the cliffs at Cape Bear 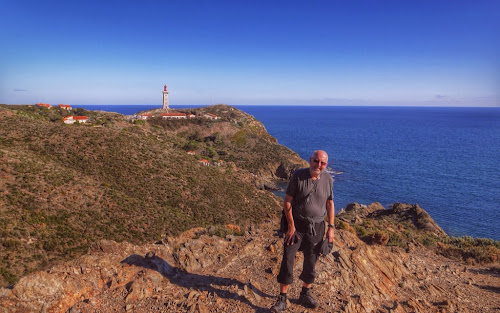 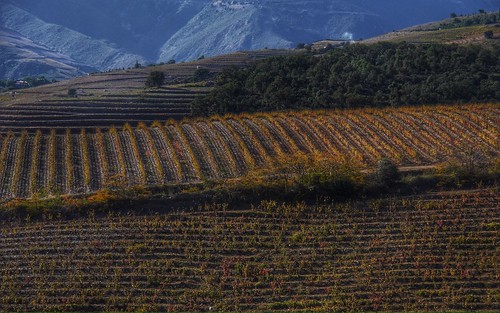 After the harvest the wine plants is dressed in some old leaves in the colors of the autumn. Vineyard workers is out there, cleaning the fields and in time removing the old leaves and branches - making the fields ready for the new season in the new year to come.

Vineyards workers in November.
No comments:

A fine autumn day with sun and fair weather - and so far in the season - mainly without the wind Tramontane, that can be really annoying.
This photo is a 2 photo stitch.
Wiki history:
There is a record of the castle at "Castrum Caucoliberi" having been mentioned as early as 673, indicating that the settlement here was of strategic and commercial importance during the Visigoth ascendancy.
Collioure used to be divided into two villages separated by the river Douy, the old town to the south named Port d'Avall (in French known as Le Faubourg) and the upstream port, Port d'Amunt (in French known as La Ville).
Collioure was taken in 1642 by the French troops of Maréchal de la Meilleraye. A decade later, the town was officially surrendered to France by the 1659 Treaty of Pyrenees. Because of its highly strategic importance, the town's fortifications, the Château Royal de Collioure and the Fort Saint-Elme stronghold, were improved by the military engineer Vauban during the reign of Louis XIV. Nevertheless, Collioure was besieged and occupied by the Spanish troops in 1793, marking the last Spanish attempt to take the city. The blockade was broken a year later by general Jacques François Dugommier. 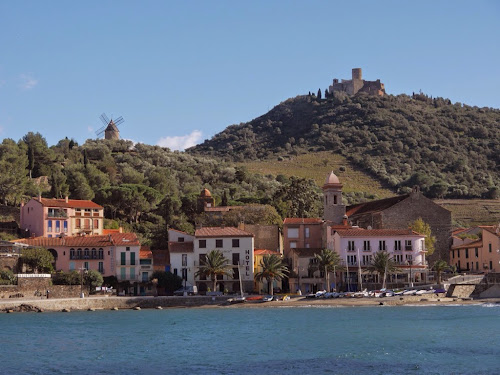 Colliorure with the Fort St. Elme, windmill and other details from the small Catalan village.

Banyuls-sur-Mer in South of France 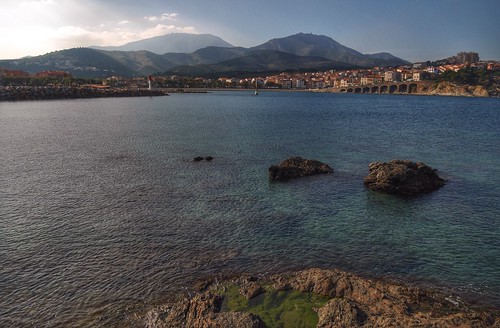 From wiki:Banyuls-sur-Mer is neighbored by Cerbère, Port-Vendres, Argelès-sur-Mer and Collioure. The region is known for its wines, such as the sweet wine Banyuls. An aquatic museum with aquarium is located in the town. The foothills of Pyrenees, the Monts Albères, run into the Mediterranean Sea in Banyuls-sur-Mer, creating a steep cliff line.
Banyuls-sur-Mer was first mentioned in 981 as Balneum or Balneola. In 1074, the town starts being called Bannils de Maritimo in order to distinguish it from Banyuls-dels-Aspres, which lies 20 km (12 mi) away. In 1197, the town is mentioned as Banullis de Maredine and in 1674. In Catalan, it has been called Banyuls de la Marenda, since the 19th century.
The name Banyuls indicates the presence of a pond. In fact, a pond did exist in Banyuls-sur-Mer until the creek Vallauria was drained in 1872. The term Marenda in Catalan or sur Mer in French merely indicates the proximity to the coast.
For nearly two centuries, the smuggling of goods to and from Spain was a major activity in Banyuls-sur-Mer. Depending on the needs of the time, salt, tobacco, silver, sugar, rice, textiles, and leather were smuggled through this city, almost always with impunity. Otherwise the inhabitants lived mainly from fishing and viticulture. Nowadays, tourism stemming from the wine industry plays a significant economic role in the town notably for delicious and rare red dessert wines. Under the Collioure appellation, the town is also a center of quality dry reds, rosés and whites, with a number of producers of natural wines.
No comments:

A walk through centuries down to the old medieval village Eus in the South of France. 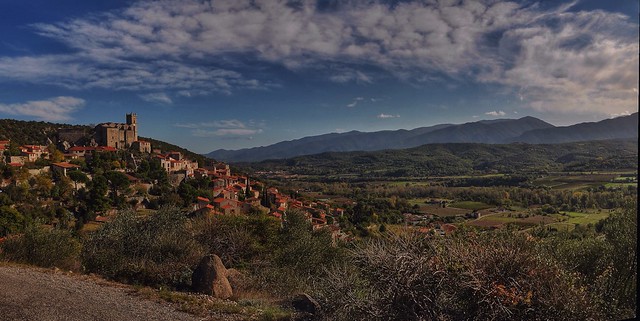 Coming down from the hills on the upperside of this fine village - following the gravel road - you stop in the last curve of the road. Before your eyes you see what is excact like an old living medieval town. In the early afternoon the sight and the silence is remarkable.
In the few streets you can look directly into you see no cars, hardly any human moving around. The same goes for the rest of the view - few tracks of our world anno 2014 - it looks like a conserved medieval world. Pls. enjoy
The photo is made by a stitch of 2 photos.
From wiki:
This former defensive site was built in terraces in the garrigue between the Conflent valley and Mont Canigou and had to repel the French in the 16C and the Spanish army in the 18C. Today, the imposing Church of Saint Vincent stands in place of the old citadel and steep cobblestone streets descend from its doors. 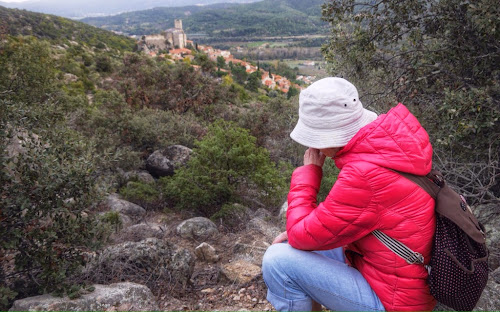 The Madam takes a look down to Eus after a hike in the hills on the overside of the village. 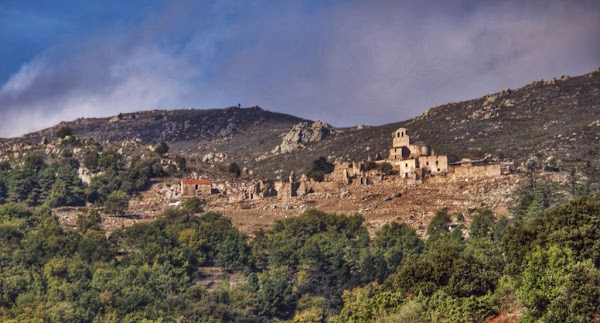 A look up to Comes that was left of people in 1928. Today only inhabitated by a shepherd and 200 sheeps.
No comments:

The terraced vineyards of Le Cellier des Templiers in Banyuls, South of France 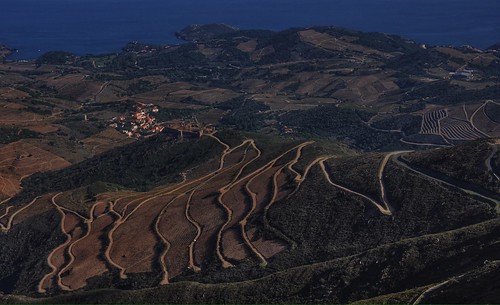 After this years wine harvest is it time to maintain the vineyards that looks almost brownish this late in the year -without grapes and the green leaves. You can easily see all the tracks going down the slopes of the hills just over Collioure, Port Vendres and Banyuls Sur Mer.
The little village down there is Cosprons just above the Bay of Paulilles where there in former days was a production plant for Nobels dynamite (placed as far away from the ongoing wars between France and Germany as possible (around 1870).
To the lower right you will see the greyish buildings that is the fine wine production plant of the Cellier des Templiers in Banyuls. Probably the largest producers of the well known Banyul wines.
The vinyards we look down to here is just on the upper boarder of the altitude you can have wine stocks in this region.
No comments:

Hiking to the Madeloc tower, Cote Vermeille, South of France 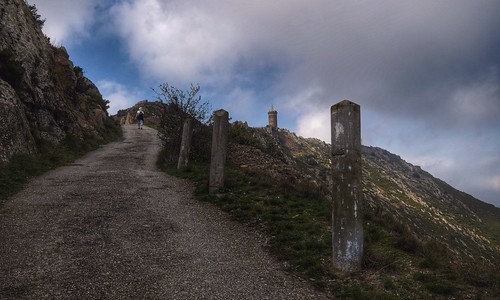 From the Madeloc tower you will have quite a view to several villages and the landscape of Cote Vermeille in the South of France. There is several tracks leading upwards the steep mountainside. In this photo the madam is hiking up app. 40 minutes from the closest parking allong the narrow road going up from the coast.

Towards the Albere mountains and the border to Spain - the foot of the Pyrenees.
No comments:

A fine day in October for a hike to the Madeloc tower and the faboulous vista, here captured in a stitch of 2 photos.
In the left the lower summit with the fortification Fort St. Elme ( planned by the famous and hyperactive Vauban). Then to the middle the small deep water harbour of Port Vendres. To the right again another military fortification just over the lighthouse at Cape Bear - before we ends up in Banyuls Sur Mer in the right of the photo.
You can also see many vinyard tracks in the hills down towards the sea. 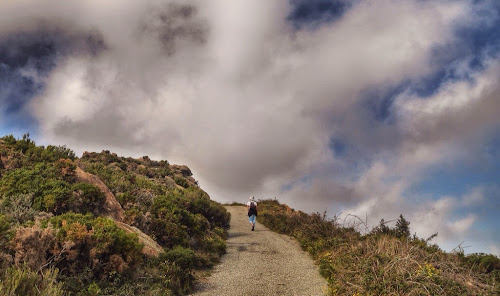 The Madam on the steep hike up to the Madeloc Tower in the hills above Port-Vendres
No comments: