Ephesus - what an historical site 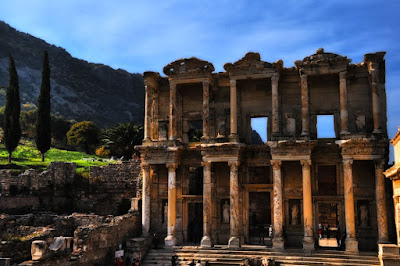 Library of Celsus, Ephesus
Ephesus was an important coastal city for pagans and Christians, for religious and secular reasons, including being the place Romans landed when about to take over the province of Asia. Its ancient population was about a quarter of a million.The temple of Artemis at Ephesus was sponsored by the Lydian king Croesus, designed by the Greek architect Chersiphron, and decorated with bronze statues sculpted by the renowned Pheidias, Polycleitus, Kresilas, and Phradmon.
Klick for a photo set at Flickr >>
No comments: Koblinger til dette innlegget

Email ThisBlogThis!Share to TwitterShare to FacebookShare to Pinterest
Etiketter: Turkey 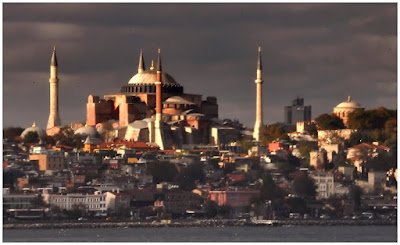 Famous landmark of Istanbul
See the complete photo set at Flickr >>
Famous Istanbul historian Jak Deleon writes about Istanbul in his book named 'The Bosphorus: A Historical Guide ' :
''From Byzantium to Constantinople and from then to Istanbul, this fabled city, divided by the Bosphorus strait, lies in both Europe and Asia. The European side is separated into two by a scimitar-shaped gulf called the Golden Horn: the old town sprawls along one side, with its Byzantine ramparts and Ottoman palaces facing the Marmara Sea, the Propontis of antiquity; on the other side, one can see the ancient Genoese port of Galata and the more modern quarters beyond, with the legendary Bosphorus winding its way up to the Black Sea, the Pontus Euxinus of antiquity.
It is this garland of waters which makes Istanbul, whose seven hills are crowned with imperial monuments, a unique city.
Ref: http://www.istanbulgay.com/history.htm
No comments: Koblinger til dette innlegget