So this is Christmas. Norway Southeast 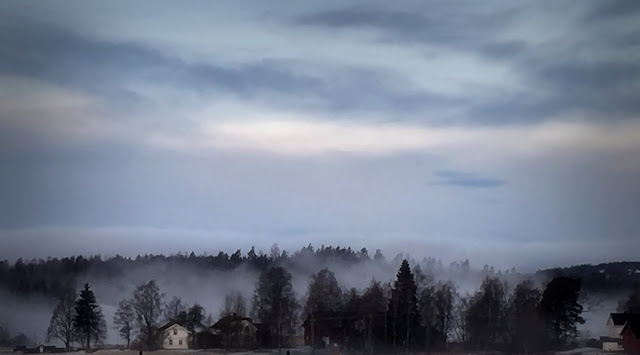 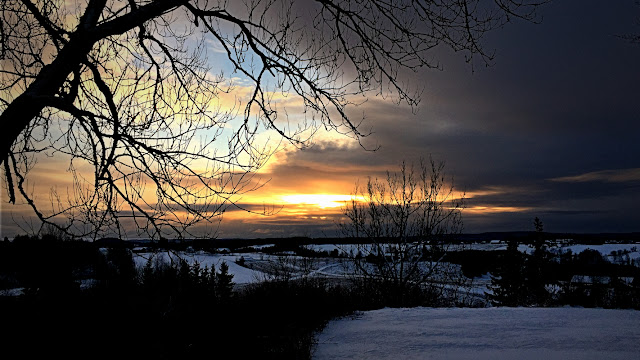 The days are very short this far north in December. The sun is rising 9:11AM and as you can see the sunset is already a little after 2PM.
But no reason to complain. I.E. North of the Artic Circle there is no sun at all.

Towards Christmas in the winter landscape of Valdres, Norway 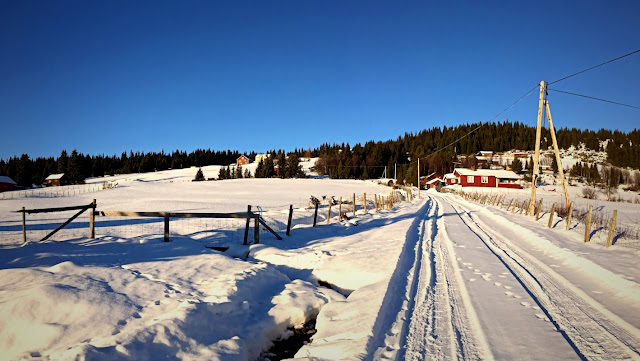 Incredible what you can do with an iphone6+. As here with a stitch of 6 photos. (Recommended: Click on the photo for a LARGE version)

The winter landscape is to be found in the Southern part of Norway now in December.

Up at our mountain cottage for some winter days. After putting out some old bread it takes less than 5 minutes before the Lauskrike / Siberian Jay is arriving. Even frozen bread served in the cold outside  temperature at -18C seems to be most attractive this morning.

The Siberian jay (Perisoreus infaustus) is a jay found in north Eurasia. The species has a wide range (estimated global Extent of Occurrence 10,000,000 km²) and a large global population (estimated 680,000-1,400,000 in Europe). It is one of three members of the genus Perisoreus, the others being the Sichuan jay, P. internigrans, restricted to the mountains of eastern Tibet and northwestern Sichuan, and the gray jay, P. canadensis, restricted to the boreal forest and western montane regions of North America. All three species store food and live year-round on permanent territories in coniferous forests. The Siberian Jay is known to wilderness travelers as a very inquisitive and fearless species, which can be seen near camps and fires, and which will even take food if some is left nearby.
Ref: wiki
No comments: