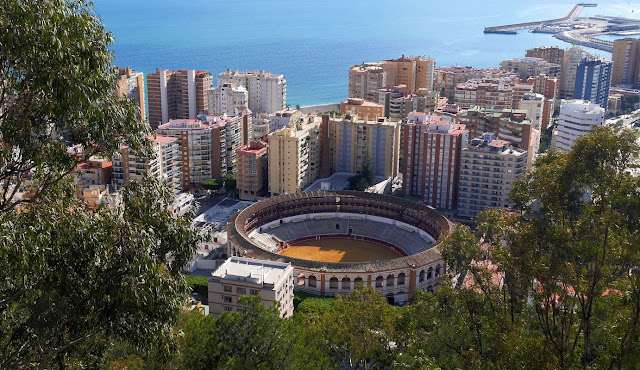 From the net:
La Malagueta itself was built in 1874, by the architect Joaquín Rucoba. The first fight took place on 11th June 1876, and the matadors who fought were Rafael Molina, Antonio Carmona, Luque El Gordito, and Manuel Rodriguez. A century later in 1976 the site was declared an Historic Artistic Monument, and in 1981, it was declared an Official Site of Cultural Interest.
LA MALAGUETA TODAY

The plaza de torros is currently owned by Fernando Puche Doña, (former president of Málaga Football Club) and the toreros, Javier Conde and Francisco Rivera Ordoñez. The stadium seats 14,000 people and measures 52m in diameter. It has four corrals, stables for the horses, a ménage for training the horses, dressing rooms for the matadors and their assistants, an infirmary, and its own museum celebrating the history of the site and the sport 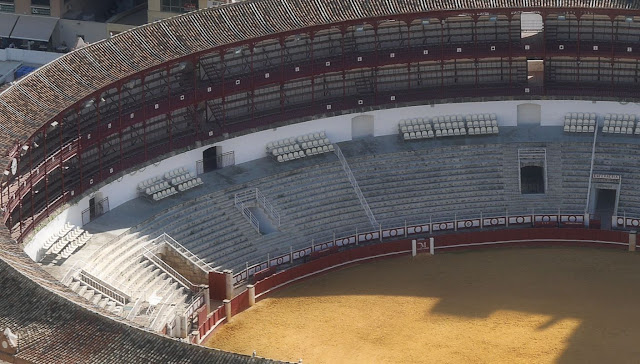