A rainy day at Fredriksborg Castle in Hillerød, Denmark 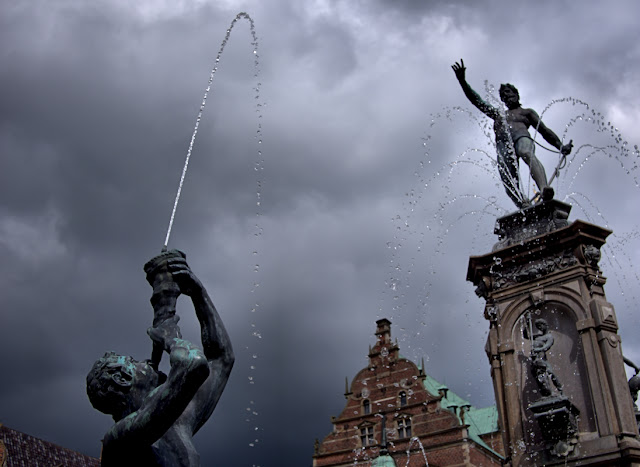 Rain and thunder was very present under some days we just enjoyed in the old town Hillerød in Denmark. Above  details from the sculptures in front of the old Fredriksborg Castle.

The madam fit for traversing rain and thunder in the Baroque Garden at the Castle.

More of Fredriksborg Castle from the net:
It was built as a royal residence for King Christian IV of Denmark-Norway in the early 17th century, replacing an older castle acquired by Frederick II and becoming the largest Renaissance residence in Scandinavia. Frederiksborg Castle (Danish: Frederiksborg Slot) is a palatial complex in Hillerød, Denmark.

Situated on three islets in the Slotssøen (castle lake), it is adjoined by a large formal garden in the Baroque style.

Email ThisBlogThis!Share to TwitterShare to FacebookShare to Pinterest
Etiketter: Denmark