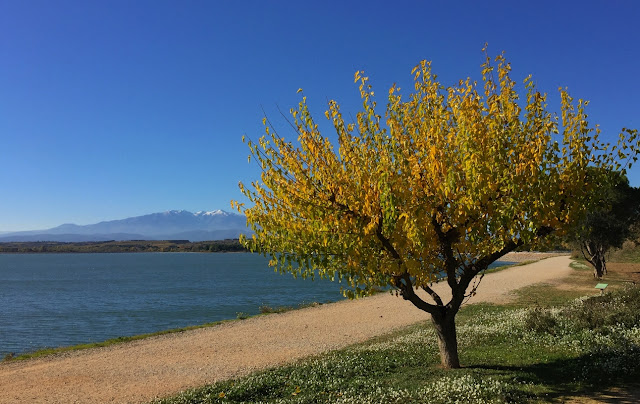 Walking around the artificial lake Raho is app. a 7km tour. There is a fine gravel road around the lake following the shores. From this point we have a good view also to the majestetic Mont Canigou in the back - The Holy mountain of the Catalans.

The former lake of Villeneuve-de-la-Raho had a size of 150 hectares. Considered useless, it was dried in 1854 and the land was then used for agriculture. Recovered by the General Council of the Pyrénées-Orientales, it was filled with water and became once again a lake in 1977. (WIKI)