Jardin de Saint Adrien is to be found right north of Beziers in a region cultivated from ancient times influenced not least by the Romans who was very active in this part of the world.

We visited this garden under their seasonal opening in May together with hundreds of others visitors in a day with a parade of Venetian carnival dressed people wandering about - some italian singer performing etc etc.

I think this park is partly based on an ancient park from medieval times and considered to be one of the most beautiful in France - The garden won the 2013 award for the best loved garden of the French, the 'Jardin Préféré des Francais 2013' in a competition by the France 2 television chanel.

Pls. enjoy my photo above - stitched from 2 photos. 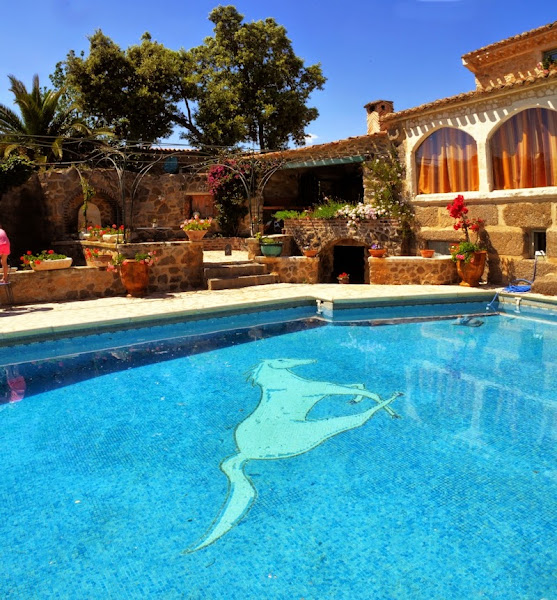 The main house and pool in the grand park. 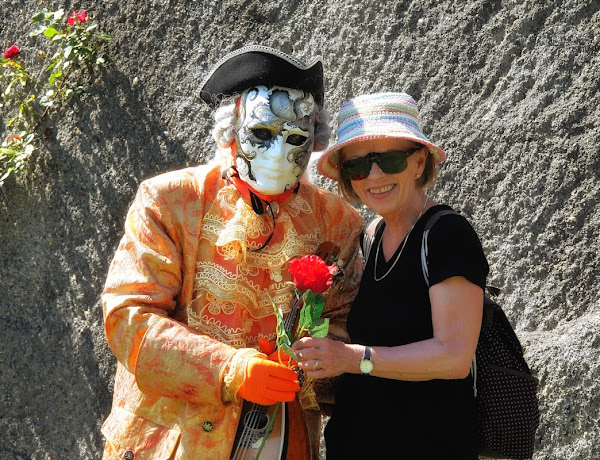 The madam under siege from a Venetian..... 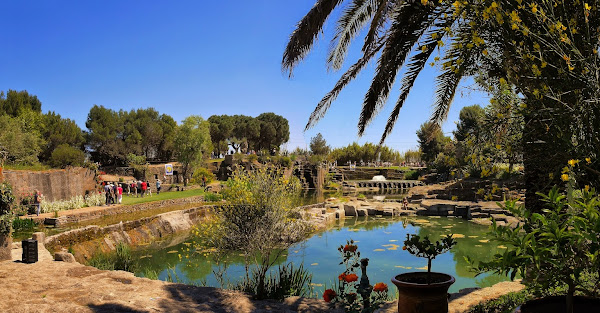 Another stitch of 2 photos from the park. 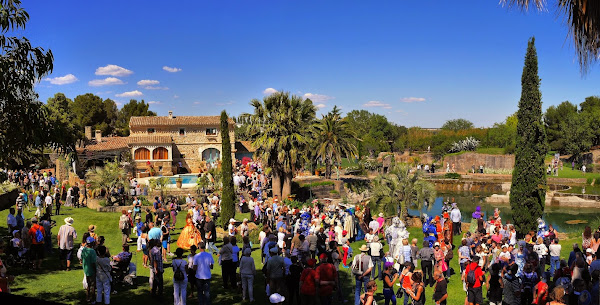 Lots of visitors on the seasonal opening.