High up in the stratosphere, frozen and with ice crystals within you will find those typical winter clouds.

They are best observed during civil twilight when the sun is between 1 and 6 degrees below the horizon. They are implicated in the formation of ozone holes. The effects on ozone depletion arise because they support chemical reactions that produce active chlorine which catalyzes ozone destruction, and also because they remove gaseous nitric acid, perturbing nitrogen and chlorine cycles in a way which increases ozone destruction. 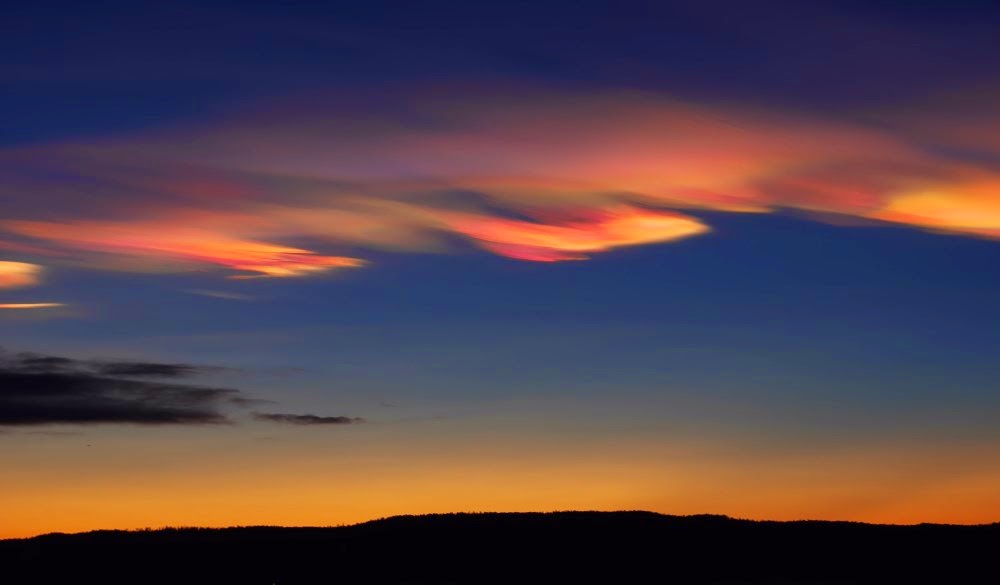