An evening visit to Fredriksten Fortress in Halden, Norway 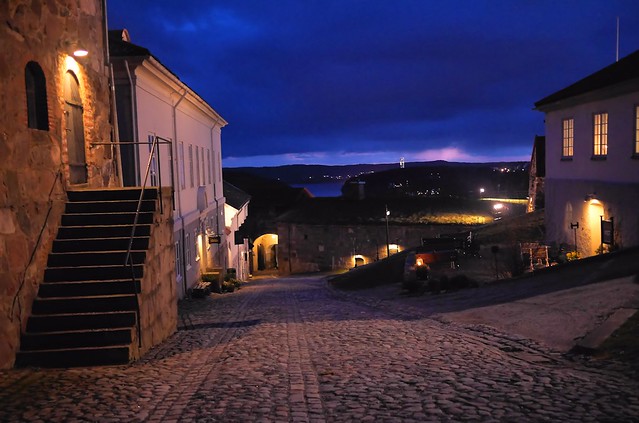 I am up here at the old fortress waiting for a light show to be launched presenting the rich history of this fortress where even the Swedish King Carl 12th met his faith in form of a bullett shot in a night like this....

Right by the Fortress you will find a camping where I am residing complete alone with my small caravan this night in the end of April. 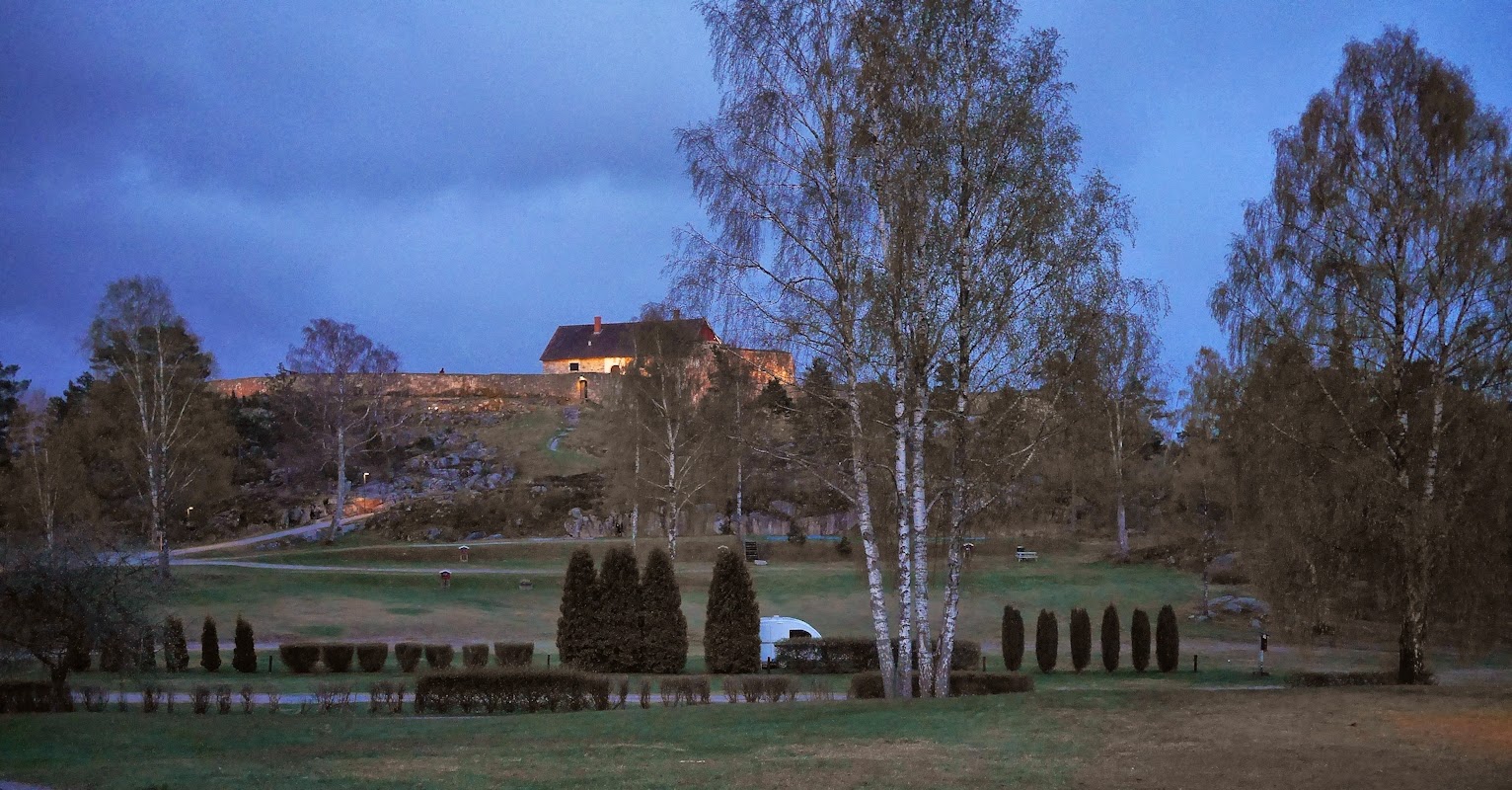 More from the net
Construction of Fredriksten started in 1661 after Norway lost the Bohuslän district and Bohus Fortress to Sweden in 1658.

Three subsequent attacks by the Swedes on Halden in 1658-1660 convinced Fredrik 3. the King of Denmark and Norway; a strong, modern fortress was needed.

During the war in 1718, Swedish King Karl 12. fell before the walls of Fredriksten fortress.

Fredriksten is Norway`s largest, most important and most venerable border fortress.
Many also find it one of the most magnificent in Europe, majestically located above Halden.

It offers a fantastic view of the town and the fjord, and far into what once was enemy territory.