A tranquil autumn park in Estonia outside Tallinn 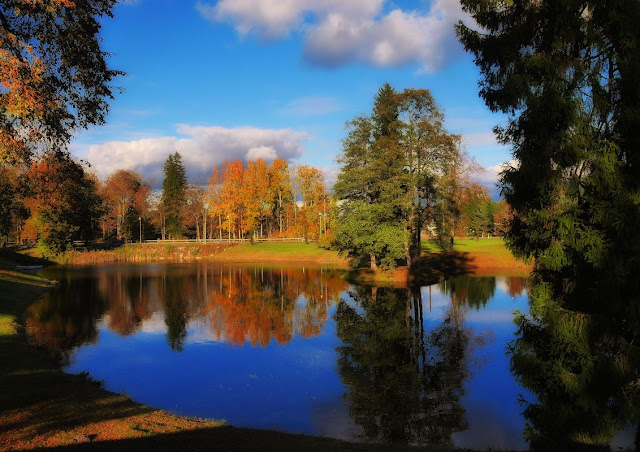 The beautiful pond outside the Manor house - a part of the park and area connected to the former Padise Monestary.

A fine stop during our day West of Tallinn.

From the net:
Padise Abbey (Estonian: Padise klooster) was a former Cistercian monastery in Padise in Harju County, Estonia, settled in 1310 by the dispossessed monks of Dünamünde Abbey in Latvia.

It was converted into a fortress after its dissolution in 1559 and later used as a country house until 1766. The ruins now house a museum.

The madam in full swing collecting memories from this beautiful park in Estonia this super October day....

Email ThisBlogThis!Share to TwitterShare to FacebookShare to Pinterest
Etiketter: Estonia