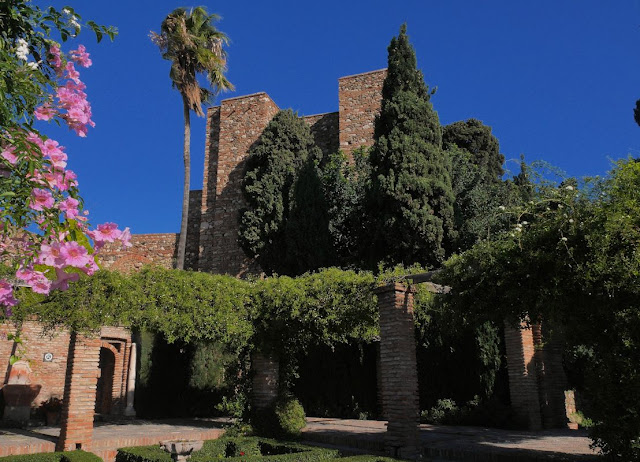 A fantastic fine November day. Perfect for visiting the well maintained Alcazaba Castle and Gardens in Malaga - situated right behind the old roman Theatre in Malaga - one of the oldest cities in the world.

Under: Walking up the hill to the gate of Alcazaba 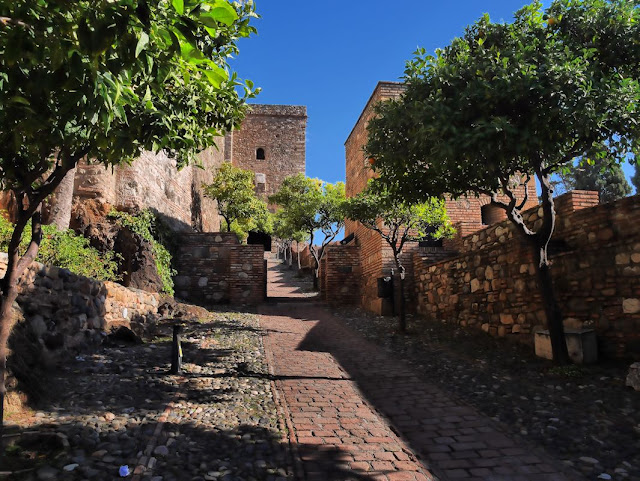 From the net:
The building that dates from the Muslim period is located at the foot of the Gibralfaro hill, crowned by the Arab defence works to which the Alcazaba is connected by a walled passage known as the Coracha. With the Roman Theatre and the Aduana Customs Building, this special corner offers the chance to observe Roman, Arab and Renaissance culture, all within a few yards of each other.

According to Arab historians, it was built between 1057 and 1063 at the instructions of Badis, King of the Berber Taifa of Granada. Transported material was used in its construction and columns, capitals and other materials were taken from the nearby Roman Theatre.