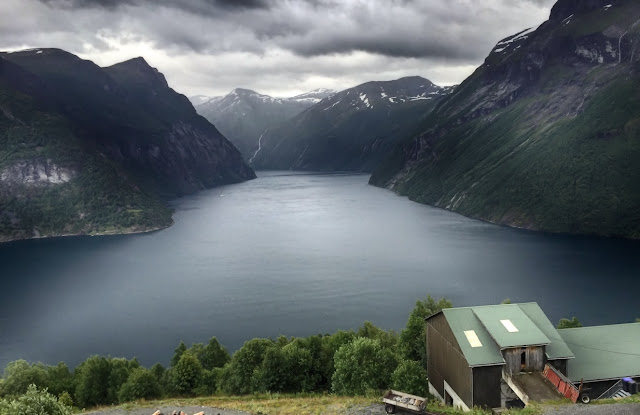 Just where the famous Geirangerfjord is starting. The fjord in the foreground is Synnulfsfjorden coming from Stranda to the left and going to the right to Hellesylt (photo below). 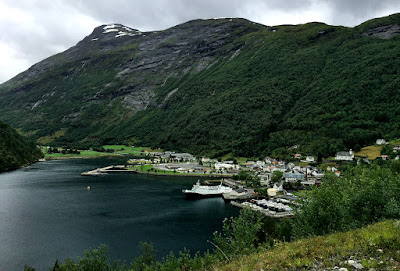 Some more from the net:
Geiranger is a small tourist village in Sunnmøre region of Møre og Romsdal county in the western part of Norwa
It lies in Stranda at the head of the Geirangerfjorden, which is a branch of the large Storfjorden.

Geiranger is home to some of the most spectacular scenery in the world, and has been named the best travel destination in Scandinavia by Lonely Planet. Since 2005, the Geirangerfjord area has been listed as a UNESCO World Heritage Site.