Showboat along the Telemark Canal. Norway 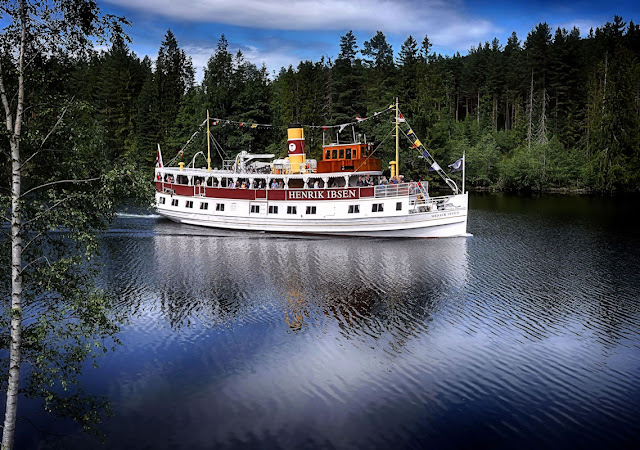 I was biking along the Telemark Canal in July and was catching up with the MB Henrik Ibsen on her way to Skien. Already from a far distance I could hear the disco and shouting from the party people onboard - just in the middle of the day - what a life - what a way to travel.  To the idyllic setting in this photo there is not much of the idyllic scene left with pop music blaring out over the canal.... 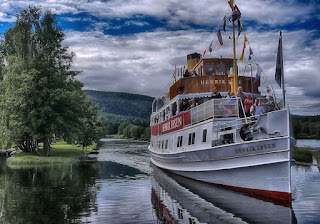 Some info from the canal admin:
Telemark Canal was carved into the rock over 100 years ago. When the canal was completed in 1892, it was called the "eighth wonder".
The Telemark Canal - one of the most beautiful waterways in the world.
It consists of two waterways; Skien- Dalen and Skien-Notodden. The canal connects the coast of Telemark with the interior through eight locks at a distance of 105 km from Skien to Dalen.

In addition, you can also experience the canal by car, bicycle or on foot. Therefore, it is now possible to experience the Telemark Canal by ferry, charter boats, your own boat, canoes and kayaks.