A sunny November day in Port-Vendres. South of France 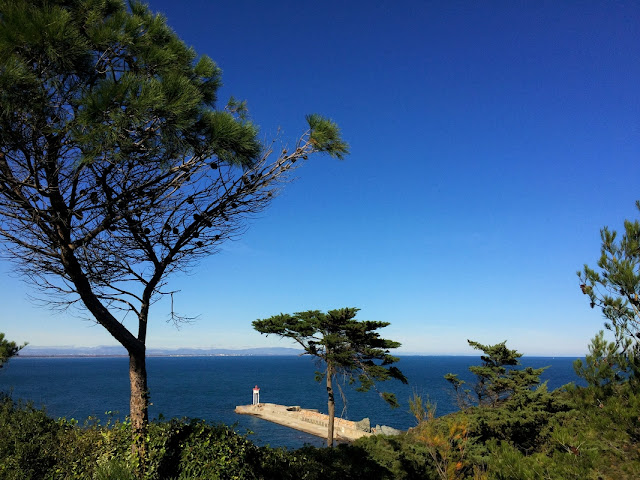 This is the entrance to the deep sea harbour in Port-Vendres in Sud de France a fine day in November.
Taken some days ago as for today we have rain and thunder going on....

Some more from the net:
Port-Vendres is one of the few deep-water ports in this part of the French Mediterranean coast. It takes freighters and cruise ships, as well as large and small fishing boats which may be seen arriving with their daily catch.

The geomorphology of Port-Vendres meant that it developed in a different way from the nearby port of Collioure. Whereas Collioure has two beaches which slowly descend into a relatively shallow sandy-bottomed harbour, Port-Vendres is deeper and rockier. Collioure and Port-Vendres have therefore been used for different purposes - Collioure for small commercial ship and Port-Vendres for larger vessels and military transports.During the 20th century, this made it a main point of embarkation for French troops going to serve in Algeria. (WIKI)