Blue hour by the Stortinget - The Parliament Building, Oslo, Norway 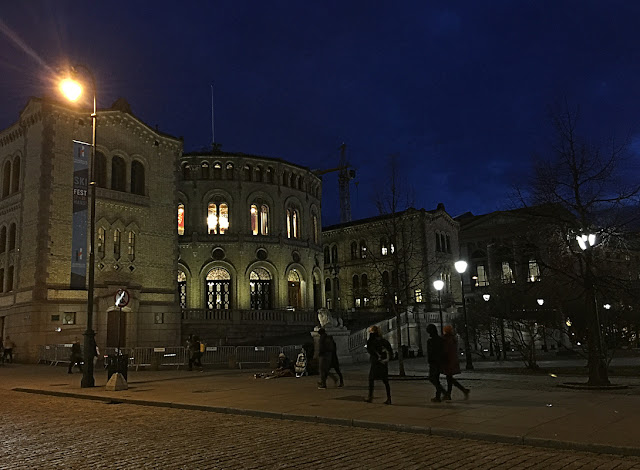 A Friday afternoon by the Parliament Building in Oslo. Some few pedestrians is passing and the compulsory begger is sitting there - "business as usual" . Another iphone 6+ photo.

Under a photo with the old university main building to the left. 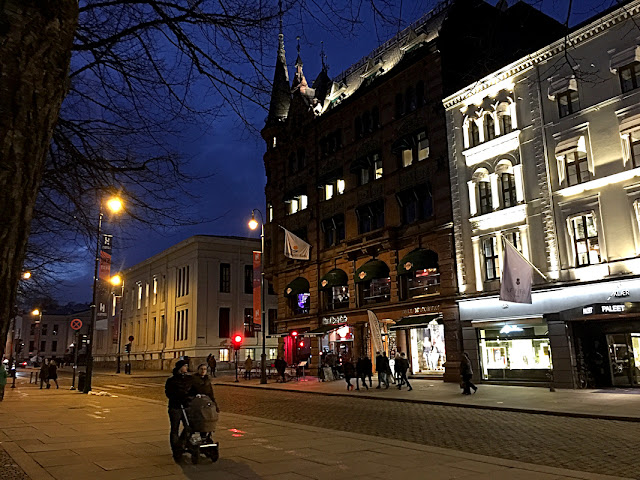 From the net:
The Storting is the Norwegian Parliament. It is the supreme arena for political debate and decision-making in the Kingdom of Norway.
The Storting represents the ultimate expression of the sovereignty of the Norwegian people. Through the Storting, it is the people who govern the country, introduce legislation, authorize public spending, impose taxes and control the work of the Government.

There are 169 elected Members of the Storting. Parliamentary elections take place every four years. There are no by-elections, nor is there any constitutional provision to dissolve the Storting between elections.

The system of parliamentary rule means that it is the Storting that determines the composition of the Norwegian Government. It is also the decision of the Storting to decide whether or not to initiate a referendum on a particular issue.