Catalan weekend tour: Collioure - Ceret - Prats de Molle La Preste
(all in French Catalonia. For the rest of the tour it will be: Spanish Catalonia ):
Molló - Camprodon - Castellfollit de La Roca - Besalu
and then back to Collioure.

We have continued into the valley Vallespir and have reached the old medival town Prats de Molle.
We make a stop here to see the big church and fortification
- the latter for sure a result from the close position to the Spanish border.
In fact the whole village was walled in medival times.
In the photo above (2 photos stitched) you see to the left the old city gate and up to the right the church Saintes Juste et Ruffine. 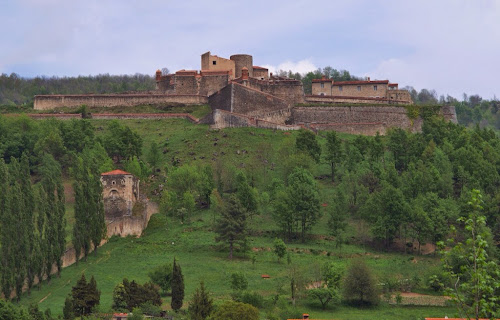 In this photo a display of the big fortifcation Fort Lagarde. Symbol of Royal power, the fortress looks down upon the fortified town, originally built to keep watch over the frontier. At the heart of the monument is a mediaeval signal tower, surrounded by a dungeon and reinforced by Vauban in 1686.. 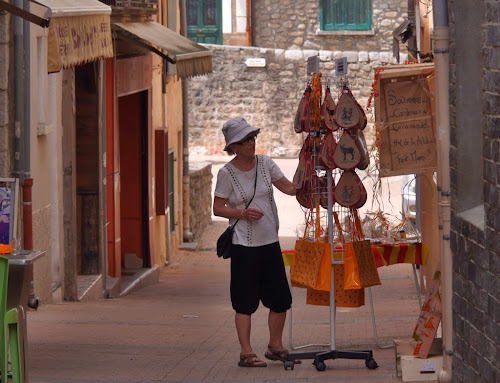 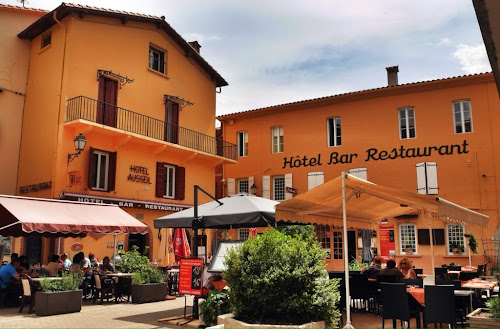 In this cosy, more modern plaza in the village there is good opportunity for a great French/Catalan lunch

From the net
Perched among the southern foothills of the Canigou massif, this town combines the dual appeal of being a fortified settlement by Vauban, and a Catalan mountain community. In frontier territory traditionally associated with rebellion, the little town sees its streets come alive in February when the annual Fête de l’Ours (Bear Festival) takes place. Whatever the season, this is the ideal place to come for fresh air all year round and an unspoilt environment.