Belgian Frites and a wall painting in the Jewish quarter of Krakow, Poland 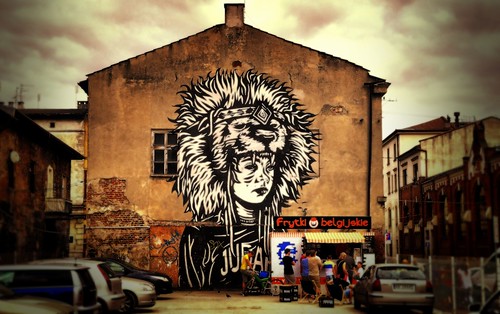 Kazimierz the old Jewish quarter in Krakow looks partially a bit worn out and for me this wall painting with the sales point for Belgian Frites is in many ways a typical detail of the place. 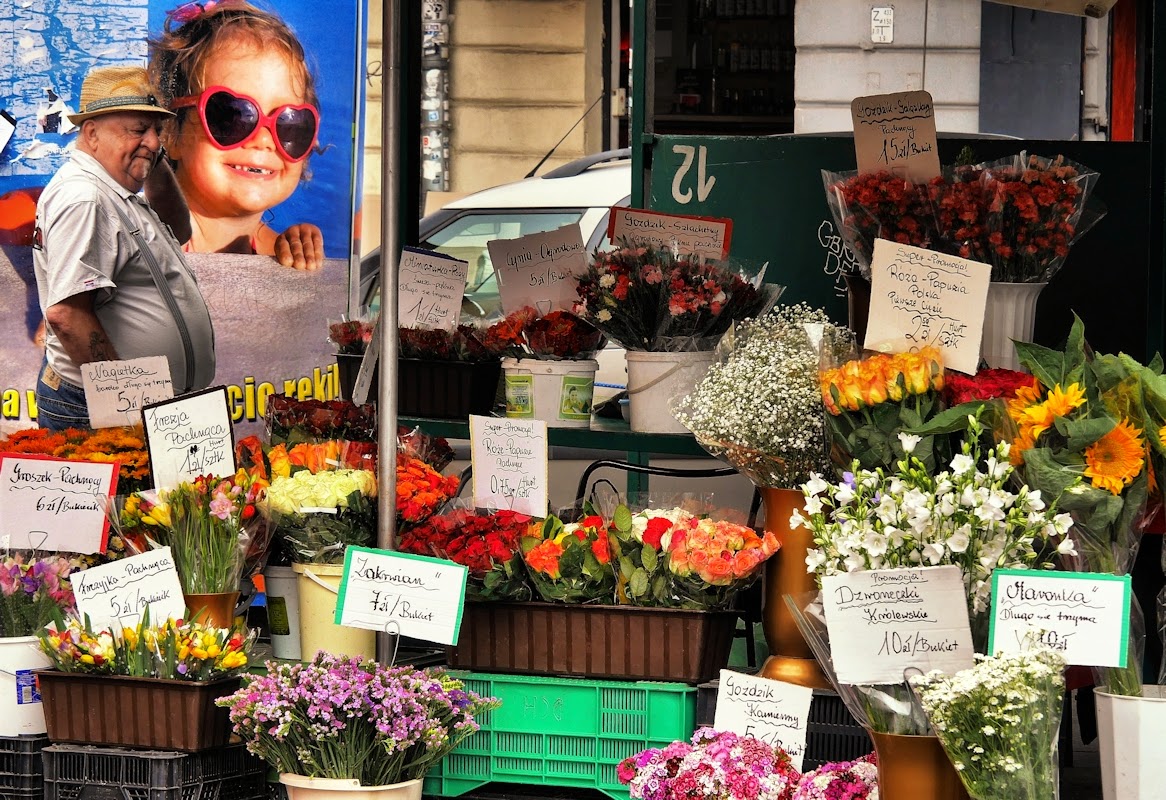 Items at the antique market in the Jewish Kazimierz 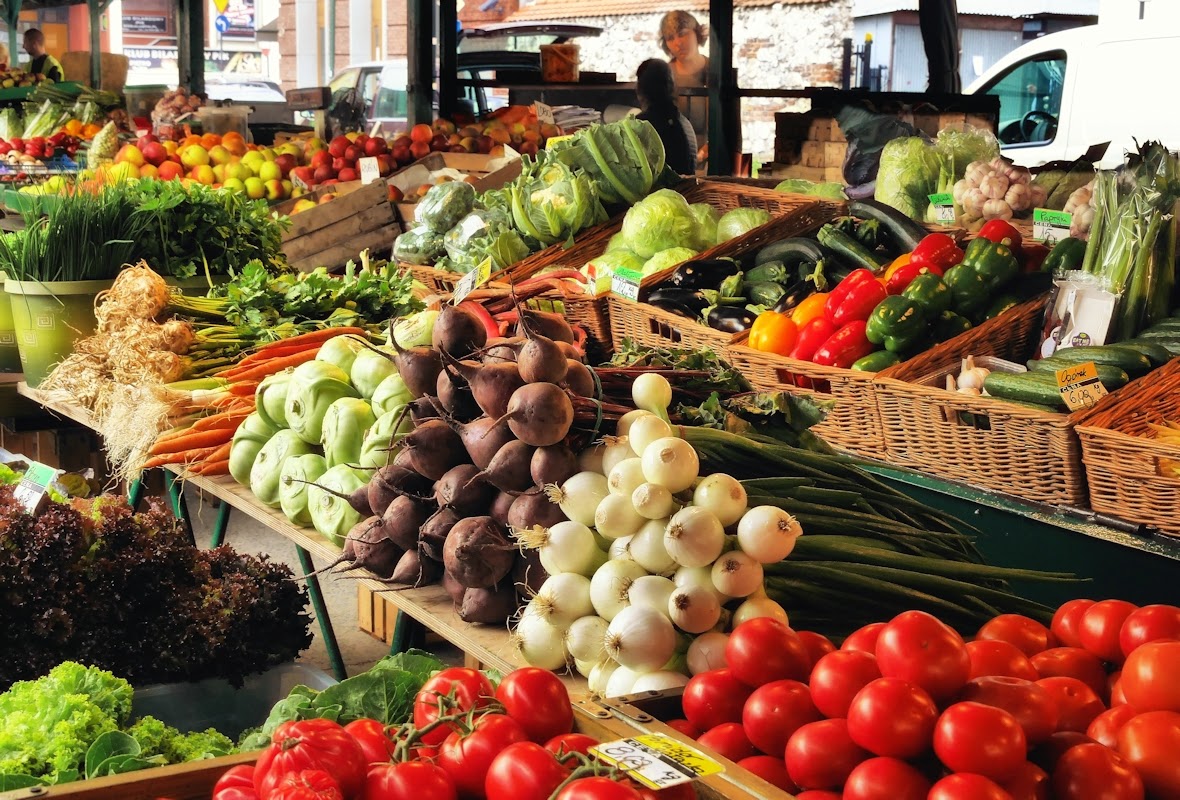 Vegetable market in the Jewish Kazimierz 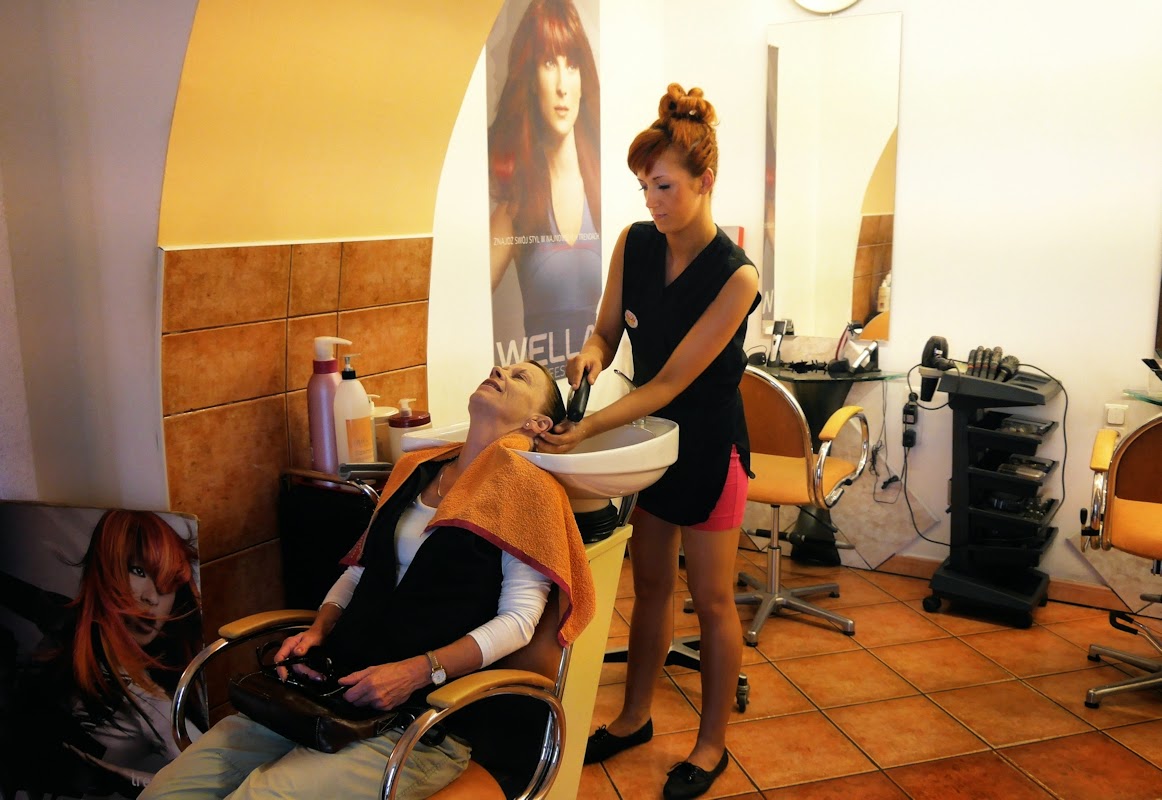 To the left:
The madam have a hair wash with the local hairdresser in the Jewish Kazimierz, Krakow


From the net:
Kazimierz – the district south of the Old Town between the Wisła River and ul. Dietla (where a tributary of the Wisła once flowed) was the centre of Jewish life in Kraków for over 500 years, before it was systematically destroyed during World War II.

In the communist era it became one of Kraków’s dodgiest districts while gradually falling into disrepair. Rediscovered in the 1990s, thanks to the fall of the regime and worldwide exposure through the lens of Steven Spielberg,

Well-known for its associations with Schindler and Spielberg, traces of Kazimierz’s Jewish history have not only survived, but literally abound in the form of the district’s numerous synagogues and Jewish cemeteries. 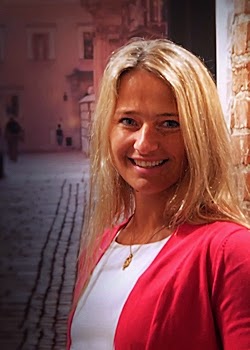 Magdalena (left) and Janusz Galka welcome their guests to their well managed small Boutique Hotell and B&B in the central part of Krakow.

Ranked as one of the best overnight stays in Krakow, by Tripadvisor. Magdalena, Janusz and their staff is  well known for their extended and personal service.

Be welcome to use the link above to learn more of this outstanding place for your stay in Krakow.