The empty chairs by the former Jewish Ghetto in Krakow, Poland

From the net:
A memorial monument for the murdered Jews of the Podgorze Ghetto in Krakow was inaugurated on 8 December 2005. The winning project by Krakow architects Piotr Lewicki and Kazimierz Łatak included 33 illuminated chairs (1.4 m high) in the square and 37 smaller chairs (1.2 m high) standing on the edge of the square and at the tram stops. They called their project "Nowy Plac Zgody" which means "New Concordia Square".
The fundamental symbolical idea behind the project is a stylistic representation of all the old furniture being thrown out onto the so-called Umschlagplatz at the Podgorze Ghetto, when the inhabitants of the ghetto had finally been assembled by the German SS in so-called Aktionen to be sent to death (mainly to Belzec). 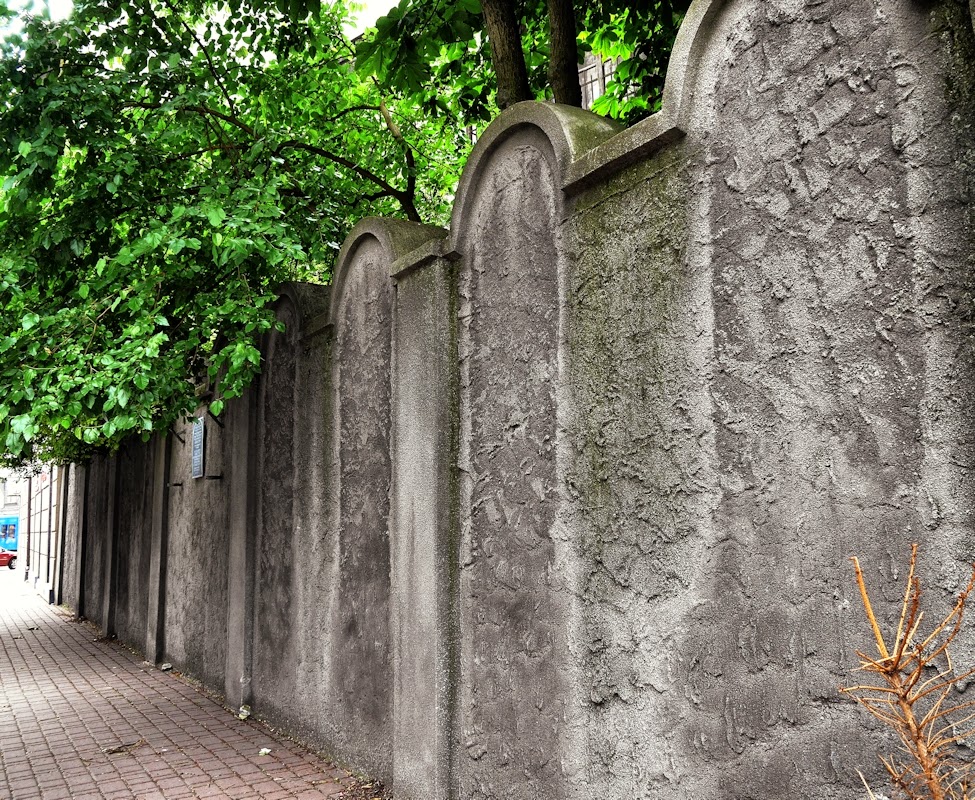 A part of the original ghetto walls from WWII in Krakow