Inside Schindlers Metalwarefabriken in Krakow, Poland 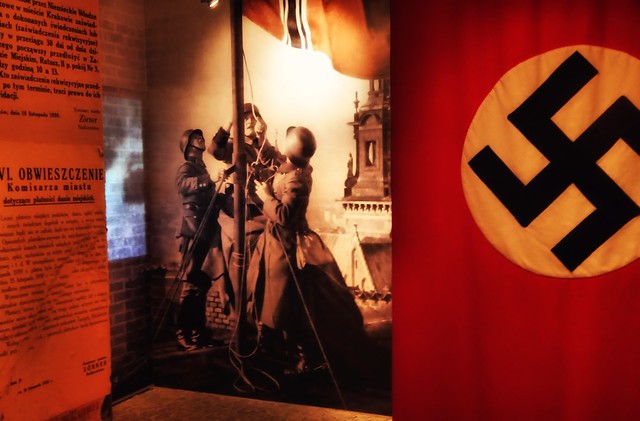 Krakow was not bombed during the WWII - so after the war the famous Metalwarefabriken who was owned by Oscar Schindler is still there. Made even more famous after the film made by Steven Spielberger.

Today the office part of the plant is made to a museum telling the story of Krakow before, under and after the WWII - a must to visit when in Krakow. 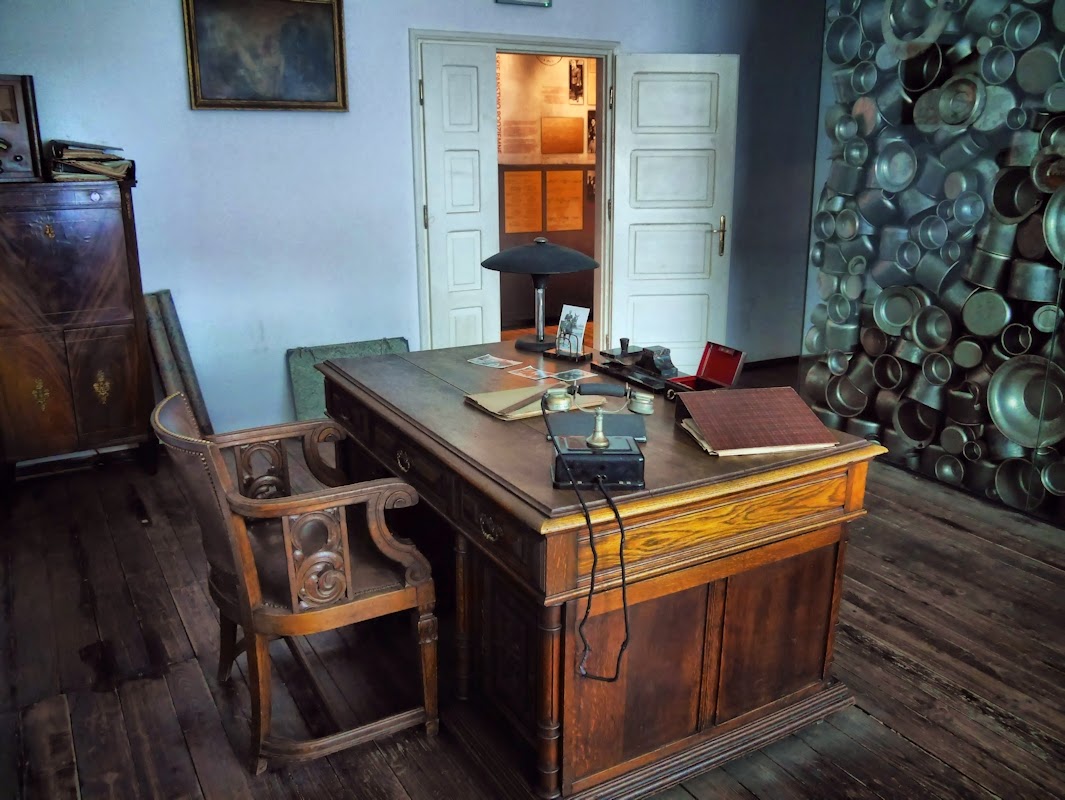 Office and display of some products produced in the Metalwarefabriken 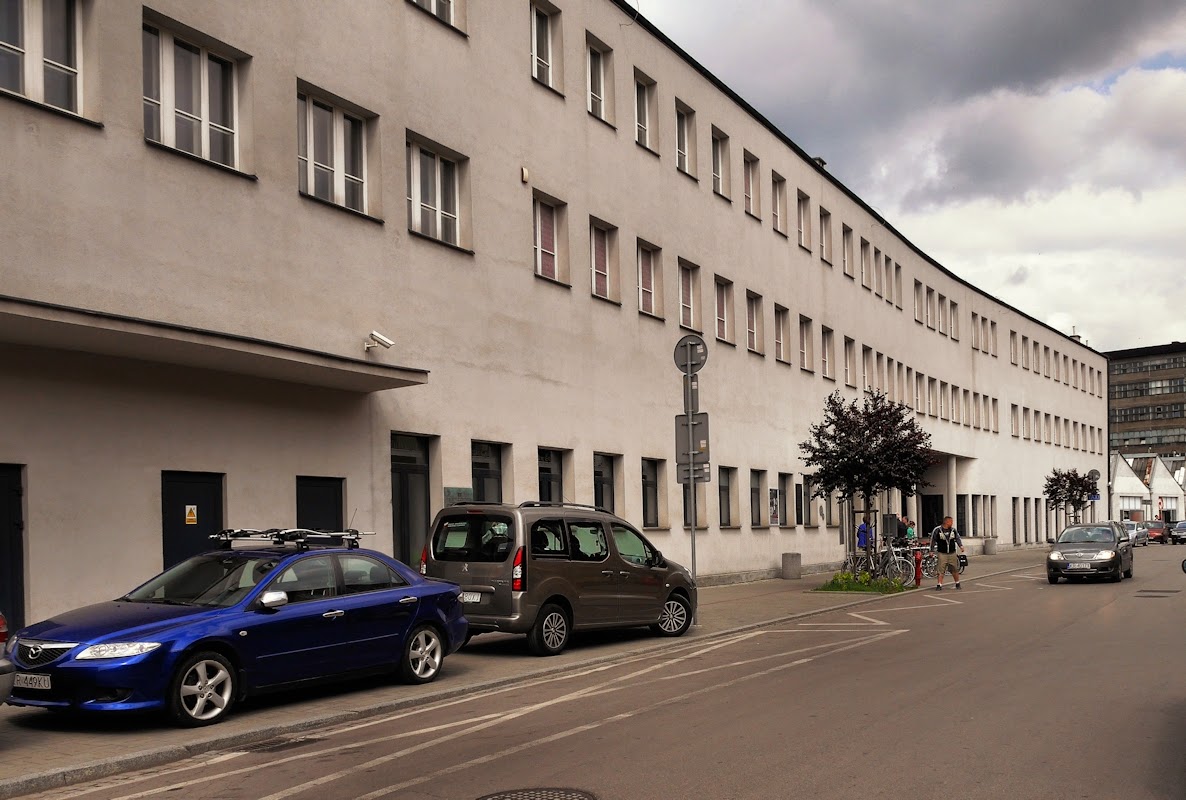 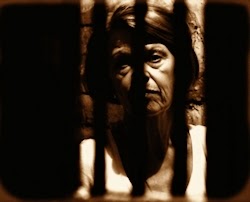 To the left:
The madam tries out a small prisoners cell in the present war time museum at Schindlers former Metalwarefabriken 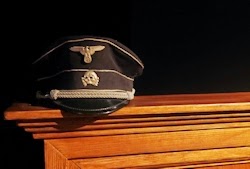 To the left:
War time uniform cap - detail in the museum


From the net:
Oscar Schindler had many more Jewish slaves in his factory than he ever needed and spent millions on protecting his plans from the Germans.
He looked after his slaves till the end of the war and no Jewish slave was ever killed in his factory. At the end of the war, he emerged broke and had nowhere to go, but he had saved over 1200 lives. Generations of Jews live today because of him.Oscar Schindler was a poor German businessman looking for a way to make a living. He had a vision that would bring him fame and riches. He left his wife, town and everything he owned behind and headed to Krakow, Poland. There he organised where and when high ranking officers and colonels of the German and Nazi armies would be at certain restaurants and pubs. He would buy them drinks and expensive cigarettes and, in return, they would have a conversation. After a while, they would become friends. Oscar Schindler learned of all the German plans for the war and of the many assaults against the Jews.
He borrowed some money from a new friend to buy a factory just outside of town. With the money, he opened the factory up and started producing goods. He did not have to pay workers, as the German officers gave him Jewish prisoners of war from the "ghetto" and isolation camps to work in his factory for free. Oscar Schindler became one of the wealthiest men in Krakow and was able to pay off his loan.

Although Oscar Schindler supported the Nazis and the war, he saw what was happening to the Jews and knew it wasn't right. They were getting murdered by the thousands and were treated unjustly because of their heritage. He put his life on the line to save generations and, as time went by, he forgot about wealth and riches and became devoted to saving the lives of Jews.