Arriving with the coastal express in the Capitol of Arctic: Tromsø / Tromso in Norway

What a sight from the coastal steamer this early afternoon - closing in to this big city up in the Arctic - looking at the bridge connecting the city to the mainland - having in front the city line with the Majestetic white dressed mountains in the back.

Already the light is fading at 14.15 PM in this time of the year (end of January).

Regard also to the left - the huge, rusty, Russian trawler - either in for some maintenance or maybe brought in under arrest for illegal fishing - who knows....

Facts and figures of Tromsø Tromsø has a population of about 70,000 and covers an area of 2,516 square kilometres. Tromsø is home to the world's northernmost university, botanical garden and cathedral. History Human settlement in Tromsø dates back more than 10,000 years, whilst the local Sami culture is at least 2,000 years old.
Tromsø was founded in 1794. In the 1850s,
Tromsø became the centre for trapping in the Arctic region. In the early 1900s, it was the starting point for expeditions to the Arctic and Antarctic regions, hence its nickname - "Gateway to the Arctic".

Under another version from the quay for the Coastal Express: 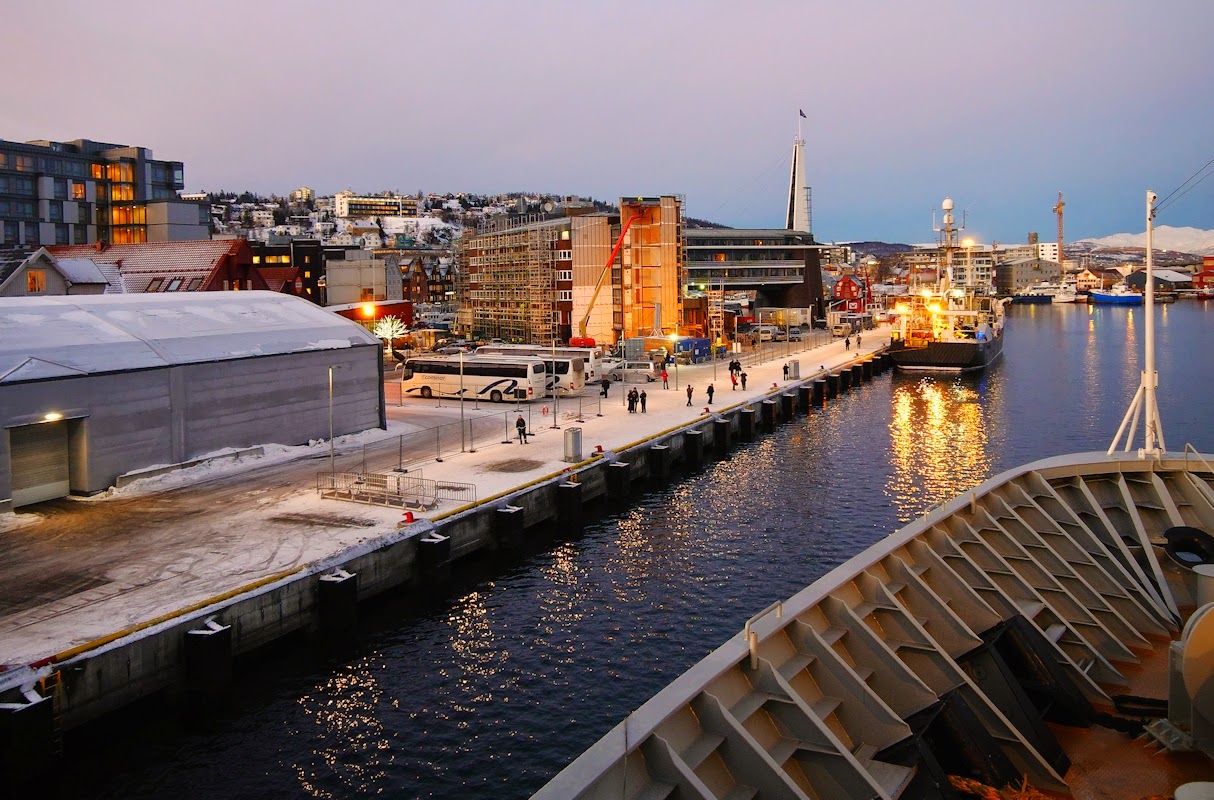