Coast of Norway - arriving in Hammerfest

We are coming in to Hammerfest in Finnmark - and the decks crew are ready to moor the ship for the 2 hrs. we are staying here. This is the northernmost town in the world and the gate to the Barents Sea.

WIKI: Hammerfest is a town in Hammerfest Municipality in Finnmark county, Norway.
The town is one of the northernmost towns in the world.
The 2.94-square-kilometre (730-acre) town has a population (2013) of 7,568, which gives it a population density of 2,574 inhabitants per square kilometre (6,670/sq mi).
The town has an ice-free harbor, 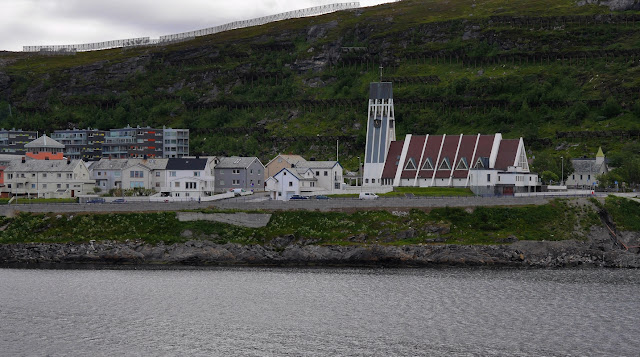 From the net: The Protestant Church of Hammerfest was built by architect Hans Magnus from Oslo, who among other things also designed the northernmost church in the world on Spitsbergen.
It was consecrated in 1961.
The triangle Magnus served as a leitmotif for the Church, both as a symbol of the Holy Trinity and also as a reference to the traditional fish drying racks, which still today are used to produce the stockfish. 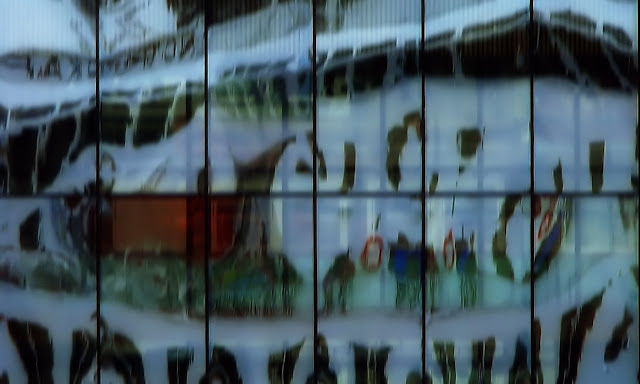