A much discussed event - the building of a gas processing production unit outside of Hammerfest at Melkøya.
A 168km long pipeline is bringing in the raw gas from the fields out in the Barentz sea.

After being processed the finished LNG gas is exported at ships mainly to USA.

This is the biggest industrial unit in the North of Norway.

Photo above of the Southside of the production plant. Below a version from the North side: 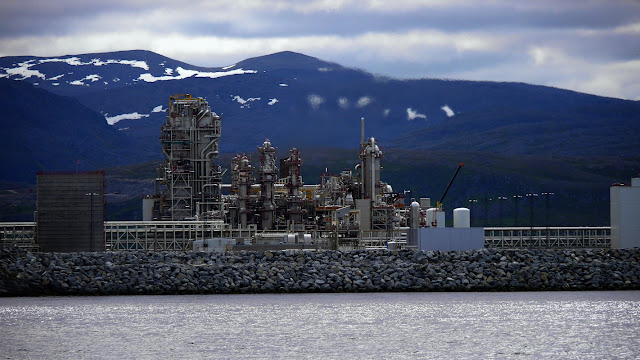 Below: Modern Gas driven supply ship outside of Melkøya, Hammerfest 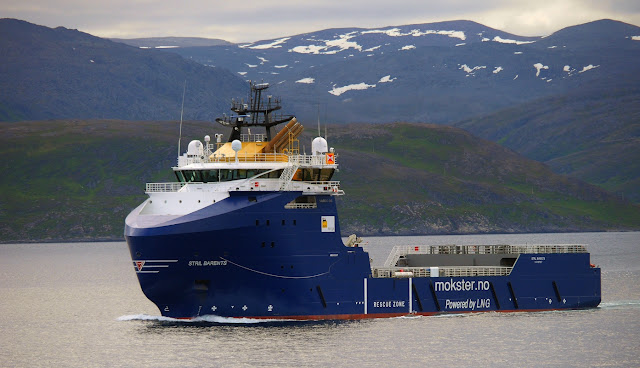 From wiki:
Melkøya (Northern Sami: Muolkkut) is an island in Hammerfest Municipality in Finnmark county, Norway.

The industrial island is the endpoint of the undersea pipeline that transports natural gas from the Snøhvit natural gas fields in the Barents Sea.

The gas goes through the 168-kilometre (104 mi) long pipeline to the processing station on Melkøya where it is converted into liquefied natural gas. The plant opened in 2007 and it is operated by Statoil.