Of a Stonehouse and Reindeers in Jotunheimen National Park, Norway 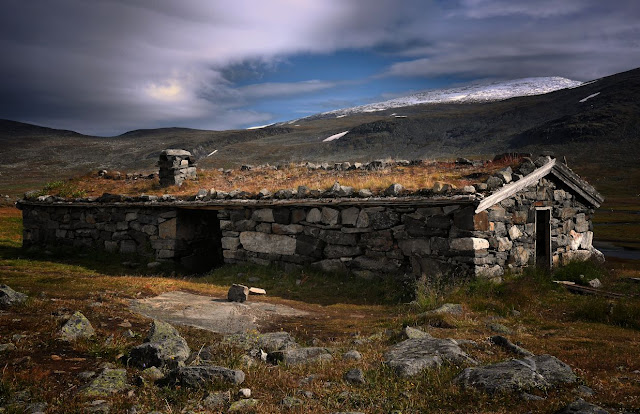 Interesting old stone house found out there in the National Park. Divided in 2 parts with living rooms for the humans and the household animals separated.

Placed right by the Glitterheim Lodge in the end of a small gravel road in the hart of the National Park. 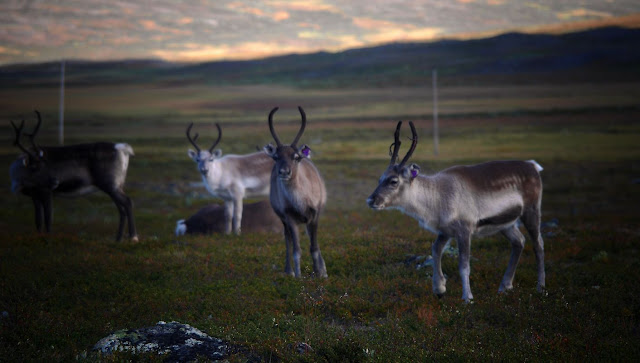 There is wild reindeer's in Jotunheimen but those seen here is semi-domesticated reindeer's.
It is no problem coming close to these animals. They are very shy and even meeting a bunch of them is really no problem - they usually will turn away from you and your path. 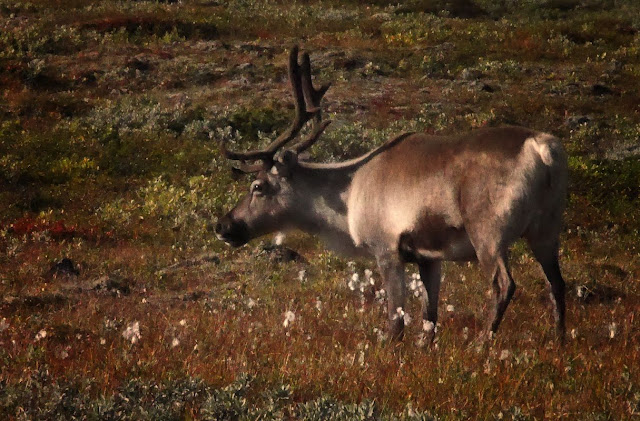 Usually they move in numbers - but can also be find alone as here.

From the net:
Mighty they stand. Northern Europe’s highest mountains. Untamed and rich with wildlife. Cut through by glaciers, rivers and valleys. This is Jotunheimen, ‘Home of the Giants’.

In the Home of the Giants you touch the sky walking over the famous Besseggen ridge. Fly with eagles standing on top of the mighty Galdhøpiggen or just lie on your back in the lush meadows of this natural beauty embraced by picturesque Lom, the green slopes of Gudbrandsdalen, traditional Valdres, the waters of the Sognefjord and the eternal ice of the Jostedalsbreen glacier.