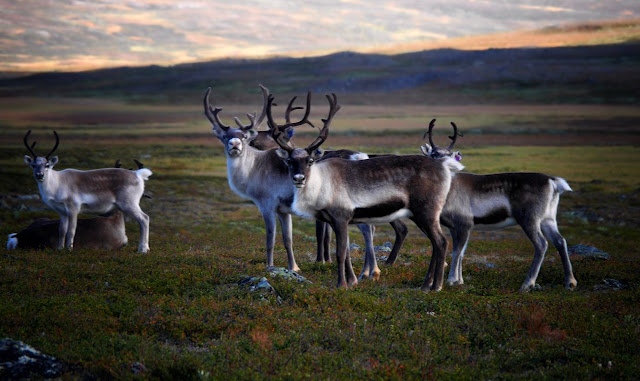 After a time in the south of France we are back in Norway.
In the beginning of September we have taken the caravan on a tour to the Jotunheimen National Park for some hiking and biking.

this photo of some reindeers out in the fine landscape is captured along the road to the tourist center near Glittertind the second highest peak in Norway.

There is wild reindeers in Jotunheimen but those seen here is semi-domesticated reindeer (look for the blue marks in their ears). 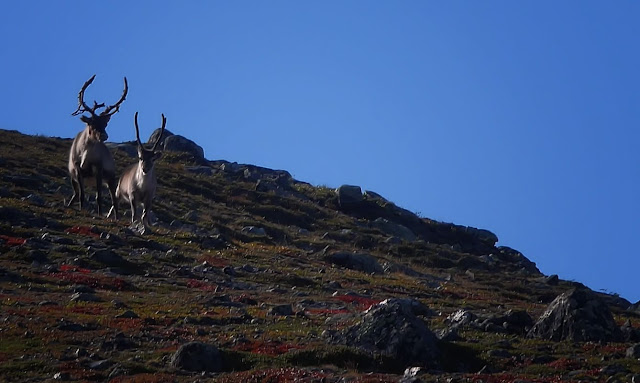 From the net:
Mighty they stand. Northern Europe’s highest mountains. Untamed and rich with wildlife. Cut through by glaciers, rivers and valleys. This is Jotunheimen, ‘Home of the Giants’.

In the Home of the Giants you touch the sky walking over the famous Besseggen ridge. Fly with eagles standing on top of the mighty Galdhøpiggen or just lie on your back in the lush meadows of this natural beauty embraced by picturesque Lom, the green slopes of gudbrandsdalen, traditional Valdres, the waters of the Sognefjord and the eternal ice of the Jostedalsbreen glacier.