A fine day for biking in Gothenburg, Sweden 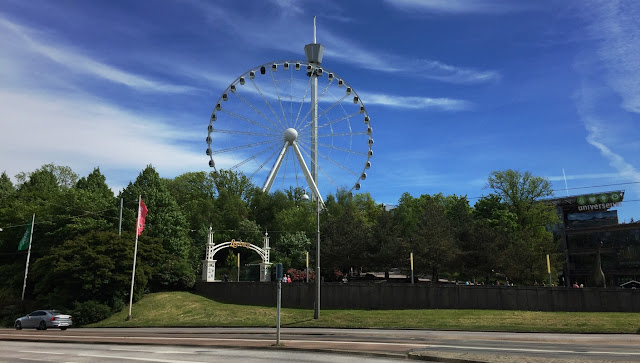 I was coming in to the city of Gothenburg - biking from my camp at Lisebergsbyn. On my way I passed one of the entrances to the big entertainment park: Liseberg.

Later I went down to the harbour and other places of interest in this town next in size next after Stockholm. Biking this day was app. 25km - inclusive a stop for a lunch by the harbour.

Some history from the net:

Gothenburg was founded as a heavily fortified, primarily Dutch, trading colony, by royal charter in 1621 by King Gustavus Adolphus. In addition to the generous privileges (e.g. tax relaxation) given to his Dutch allies from the then-ongoing Thirty Years' War, the king also attracted significant numbers of his German and Scottish allies to populate his only town on the western coast. At a key strategic location at the mouth of the Göta älv, where Scandinavia's largest drainage basin enters the sea, the Port of Gothenburg is now the largest port in the Nordic countries