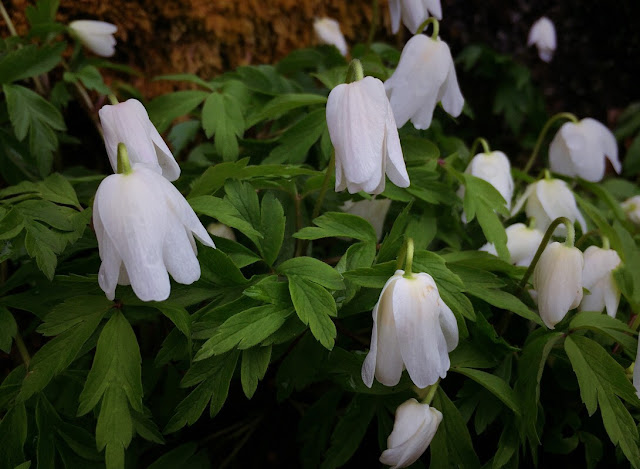 The month of May have been rather cold up here in Norway. The last two days we even waked up to snow on the ground. No problem to understand the Wood Anemone who will not open their flowers - instead keep them closed like a tent protecting themselves from the uninviting weather.

From the net of Anemone Nemorosa:
Anemone nemorosa is an early-spring flowering plant in the buttercup family Ranunculaceae, native to Europe. Common names include wood anemone, windflower, thimbleweed, and smell fox, an allusion to the musky smell of the leaves. It is a herbaceous perennial plant growing 5–15 centimetres (2–6 in) tall.

From my forest walk this morning in May I also include a photo of this tiny new branch on a young Spruce fir: 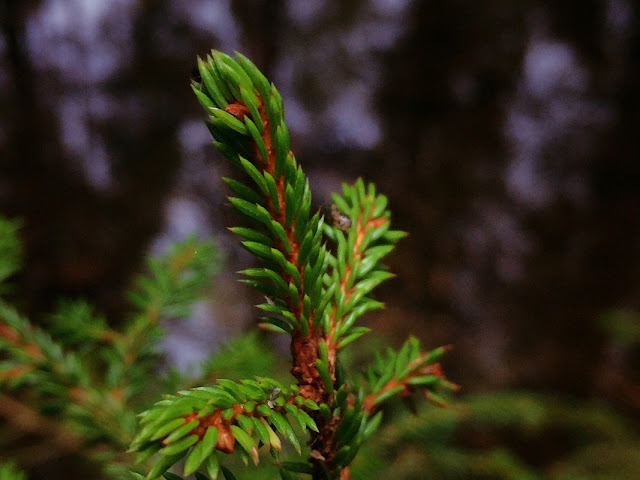 Photos with my iphone 6+

This little branch is also a part of the The taiga, which is also known as the boreal (meaning northern) forest region, occupies about 17 percent of Earth’s land surface area in a circumpolar belt of the far Northern Hemisphere. Northward beyond this limit, the taiga merges into the circumpolar tundra. The taiga is characterized predominantly by a limited number of conifer species—i.e., pine (Pinus), spruce (Picea), larch (Larix), fir (Abies)—and to a lesser degree by some deciduous genera such as birch (Betula) and poplar (Populus). These trees reach the highest latitudes of any trees on Earth. Plants and animals in the taiga are adapted to short growing seasons of long days that vary from cool to warm. Winters are long and very cold, the days are short, and a persistent snowpack is the norm. The taiga biomes of North America and Eurasia display a number of similarities, even sharing some plant and animal species.